Bony nose surgery is a kind of cosmetic nose surgery which is done in those who have hump on their nose, thin skin and strong cartilage. These noses will have better outcome after surgery are good candidates for a fantasy or natural nose surgery.

Patients with bony nose, always have nasal deviation, asymmetry nostrils and lack harmony of the nose with other parts of their face. During this surgery, hump is removed, so, considerable changes will be seen. Surgeons first created incisions to access to the hump and cartilage. 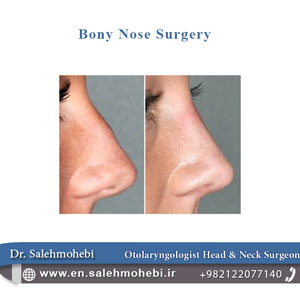